Create an Account - Increase your productivity, customize your experience, and engage in information you care about.

"The Rosenwald School Building Program has been called the 'most influential philanthropic force that came to the aid of Negroes at that time.' It began in 1912 when Booker T. Washington approached Julius Rosenwald, President of Sears, Roebuck and Company, with an idea for a pilot program that was to have a dramatic impact on the face of the rural South. Washington's idea eventually led to the creation of the Julius Rosenwald Foundation. This foundation provided seed grants for the construction of more than 5,300 buildings in 15 states, including schools, shops, and teachers' houses which were built by and for African Americans. 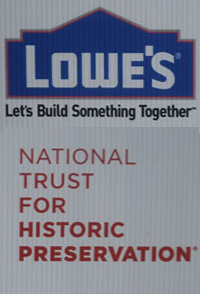